Arriving in DF, Mexico City we met Job (yes, like the biblical character) Rojas in the airport and commenced to making a long day and night of getting to our initial destination, thanks to a little game of surprise from the rent car company.  WOW.  With the help of our hosts in Oaxaca who had a couple of suggestions, we were one subway ride, two bus rides, and a car ride away, arriving in Oaxaca City 13 hours after landing in DF.  But hey, we made it to Raco’s house.

The next morning we were scheduled to head up to San Jose del Pacifico for a visit with Carlos and Mafer (couple photo top left), which we did.  Was great to see them and spend a few hours with them.  We boogied back down the hill in time to stage up nicely for our next jaunt to similarly remote regions of Oaxaca, but on the opposite side of the state.  We were headed to see Marcos and Mary Hernandéz, whom we have worked with off and on since 2008.  Great friends and awesome to be with them.  None of this would have been possible without a the family pictured center top who gave us a ride for 7 hours to get us there.  The hospitality and kindness that I have experienced in Mexico has been humbling, at times, uncomfortably so.

We spent Saturday night thru Monday morning in Chalcatongo, in the district of Tlaxiaco, Oaxaca, Mexico.  We were speaking there in the Naciones Fellowship, of which Marcos is the pastor.  We had a solid time and saw old friends as well as making some new ones.  Looking forward to getting back out there for more extended time.

Monday morning we packed up and headed into Tlaxiaco for a rendezvous with an old friend, Hector Avila, who further extended the kindness and drove us to Puebla.  Some long days of travel but covering many needed stops.  We arrived late in Puebla after a flat and two traffic jams.  It was good to arrive, as we are among long time friends and brothers with whom we share a special affection.  Thank God for comrades in arms.

Action beats intention when intention does not act.

The ability to summon positive emotions during periods of intense stress lies at the heart of effective leadership.

Any cost of selfishness is greatly exaggerated

One of the first things that man begins to do when he feels or experiences a little success is to build monuments to himself.

We are not diplomats but prophets, and our message is not a compromise but an ultimatum.

In humility, Jesus disguises Himself. How well do we know Him? Sadly, He often passes unnoticed, or as a well intentioned fool.

Jesus is the centerpiece of all that we believe.

Hebrews 3, The Message
Submit a fav quote to info @ fxmissions(dot)com!

Strive not to be a success, but rather to be of value. 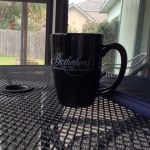 Change isn’t change unless something changes!

In a calm sea, every man is a captain.