To say that I understand in any complete way what I am going to get into here would be an overreach. I don’t. Understanding comes little by little, but if we are paying attention, a picture begins to form that is recognizable before it becomes complete, and sometime well before. I think that is the part of the process, and is where I am with this idea. I am starting to see a little clarity come into view.

To start, a quick question: Why are we always starting over?

Maintaining a trajectory or decision can be more difficult than making the decision in the first place. Where are we headed? Is it where we decided to go, or have outside factors changed our direction or trajectory? Have they warped our decisions themselves, and made us into different people in the process?

If you are going to reach for the purpose for which you were born (yes, you were born with a purpose), you can count on some stiff opposition. At times, it may seem to all be too much. At this point, many retreat. At the same time, this process can be a part of what prepares you for ultimate purpose, like resistance training is to physical readiness. Or it can overcome you. You will be the one who decides.

I have had a number of people talk with me over the years (including close and beloved friends), confessing clarity that had come to them, and what it meant for their next steps of obedience in following Jesus, only to watch them be swept in a different direction entirely, and in many cases that happened almost immediately. What can we understand from this (apparent) recurring phenomenon? I am sure there is much yet to learn, but I am also hoping to have learned part of what is to be understood.

WHEN YOU REACH FOR YOUR PURPOSE, YOU ARE ASKING FOR PUSHBACK

Why? Does that mean that it isn’t or won’t be worthwhile?

Some have said, and it’s observable, that anything worth doing will have accompanying resistance. This is, in part, because it’s initiating change (as in it is a new thing, and not currently being done), and the status quo resists such things. Change and leadership are so closely intertwined as to be almost inseparable. Have you heard of the concept of human inertia? Inertia defined – a property of matter by (in my example, read “a person”) which it continues in its existing state of rest or uniform motion in a straight line, unless that state is changed by an external force.

Decisions are the external force that acts on human inertia, but, if those decisions are not maintained, the inertia (defined as state of inaction or existing trajectory) will bring the person’s life back to what pre-existed. Change requires effort, and lasting or significant change requires sustained effort.

Here is where we can lose our way and revert to the state of things prior to initial action, in the sustaining…. Or worse yet, because we encounter new levels of resistance based on our decision to step out toward some worthwhile future or outcome, we actually lose ground and are in a worse shape than we started in. I know many people whose lives are accurately described by this statement. Heartbreaking.

The parable of the sower comes to mind…. http://biblehub.com/luke/8-4.htm

The farmer went out and planted seed, and it fell on a variety of types of ground. Which kind are you? Interestingly, you have a big part in this determination, and I caution you not to assume the best without some testing and validation…

Shallow or rocky soil – instantly excited about the prospect of promise the seed (read idea, revelation, inspiration) promises, but without depth, quickly there is no room in the heart for the seed to take root and go on to yield it’s effect…. And so we can go on as a wasteland of repetition, from excitement to burn out, ad infinitum. Unless of course we recognize our malady and ask for help from the Lord himself to help us “break up our fallow ground”…. Breaking up is hard stuff. It will be painful, but oh so worthwhile.

Vines and thorns – no fruit brought to perfection, only the constant struggle of a start-stop process interrupted and constrained by half-hearted devotion, competing influences and the unbearable weight of incessant worry.

Have you ever wondered why the parable of the sower offers a lot more detail on the three types of soil that are not the good ground? I have. The good ground just gets a quick declaration of fruitfulness. Maybe this is because fruitfulness is in some ways it’s own reward. The fact that fruitfulness doesn’t need to be corrected has something to do with this, I imagine.

In some things, we decide and things change. Praise God. That is good. But in many, and I would say most things of significance, we have to keep making that decision to maintain the hope of the promise ever being fulfilled or potential realized. As in life.

Fatigue can sap us. We need to be renewed daily, not just in our determination, but in our hope.

To die daily to the competing influences is something that we must do in view of the hope that is in front of us. If we lose our hope in the realization of worthwhile potential, everything else will be quickly lost.

As for me, may I never boast about anything except the cross of our Lord Jesus Christ.
Because of that cross, my interest in this world has been crucified, and the world’s interest in me has also died.
Galatians 6:14 NLT

There is a key in that verse which holds incredible potential impact on your future of promise, and it can be a solid first step on your path to purpose.

I am not sharing these things as a just another observably sad story. We have enough of those already. I am saying these things in hope that your story won’t end up as one of them.

When you reach for your purpose, or make steps toward your future of promise, ask for accompanying grace from the Lord to maintain that direction, and look for other believers that headed in the direction you want to go in so you can go together… <insert African proverb – If you want to go fast, go alone. If you want go far, go together.> Counting the cost before initiating action is particularly valuable if you want to minimize the chances you will end up in worse shape than you started in. Don’t be startled when strong resistance comes at you. As I read once, the higher the calling, the more challenging the ascent! A desire to stand on the heights as an overcomer is almost universal. Standing there is anything but.

One Reply to “Reaching for Purpose”

Excerpt From: Mansfield. “The Miracle of the Kurds.” Worthy Publishing. iBooks.
This material may be protected by copyright.

Check out this book on the iBooks Store: https://itun.es/us/6wNo2.l

The secret to getting ahead is getting started.

The missionary task is not just simply another thing the church should be doing, but rather it’s primary and most important task.

Don’t take the Lord’s patience as endorsement for your sin. He is giving you time to repent.

The only way to grow leaders is to let them lead.

You can have a lot to live for no matter how much you have to live on.

Inspired by @RickWarren
Submit a fav quote to info @ fxmissions(dot)com!

The Church was a family in Jerusalem, became an institution in Rome, a political tool in Europe & a business in the USA. SAD!

I must preach the kingdom of God to the other cities also, for I was sent for this purpose. 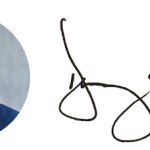